I'm a musical entertainer who sings and plays ukulele, guitar, and tenor banjo (and occasionally kazoo and train whistle) featuring ragtime, vaudeville, early jazz, show tunes, ballads, blues, hillbilly, etc. , in a show that has been referred to as  " a lyric giggle-a-rama of '20's and '30's boop-boop-a-doopery".
I’ve been singing and playing music in the Americana genre for several decades, back before Americana was cool. I have performed with Vince Giordano And The Nighthawks, Chuck Barris, Joe Franklin, Les Paul, Uncle Floyd, Terry Waldo, Howard Alden, Frank Vignola, and many other vaudeville, cabaret, and traditional jazz luminaries. My life as a vocalist, instrumentalist, music historian, record collector, and DJ has given me a something of a musical diversity training encompassing many facets of American music, including vaudeville, swing, classical, traditional country, klezmer, and more (My goal is to be the opening act for PJ Harvey). I took guitar, banjo, and ukulele lessons from Roy Smeck, one of the pioneers in introducing those instruments into mainstream American music on records and in early sound movies. The lessons were effective; the only record I ever made was on a cylinder.
As a solo performer, I can perform any length of time from five minutes to three hours. Having played everywhere from street performances to restaurants to 1,500-seat auditoriums, I can provide a  vaudeville-style cabaret show  suitable for private parties, cafes, cabarets, restaurants, bars, retirement communities, etc.
As a guitarist/banjoist with experience in traditional jazz, dixieland, swing, big band, and just generally acoustic music of all flavors, I can read charts, keep a steady rhythm, take solos, follow directions, and generally do all the things a good union musician circa 1930 would have been expected to do.

My musical adventures have included performances with Vince Giordano And The Nighthawks in New York City,  Les Paul (some guy who was apparently named after a famous Gibson guitar), Chuck Barris Productions in Hollywood (no, it wasn’t “The Gong Show”), as well as performing at the 75th Anniversary of Grand Central Station and the Statue Of Liberty Centennial Celebration.
My television appearances include Virginia Currents (in good ole Richmond,  Virginia), The Joe Franklin Show (New York City), and The Uncle Floyd Show (New York City). 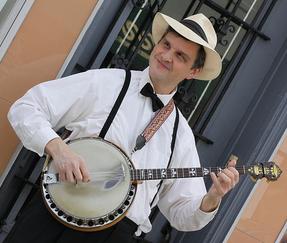 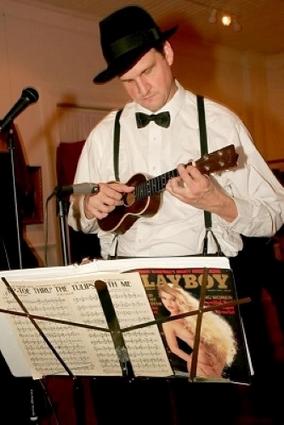 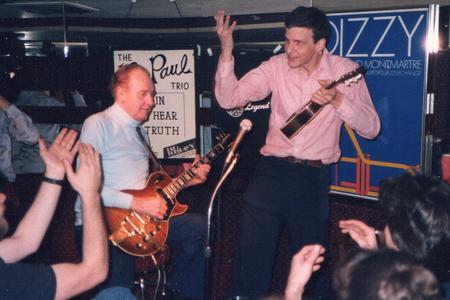 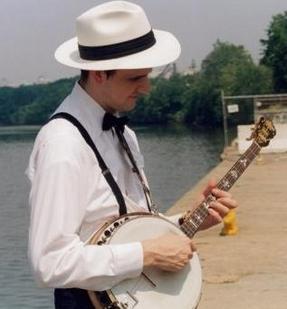 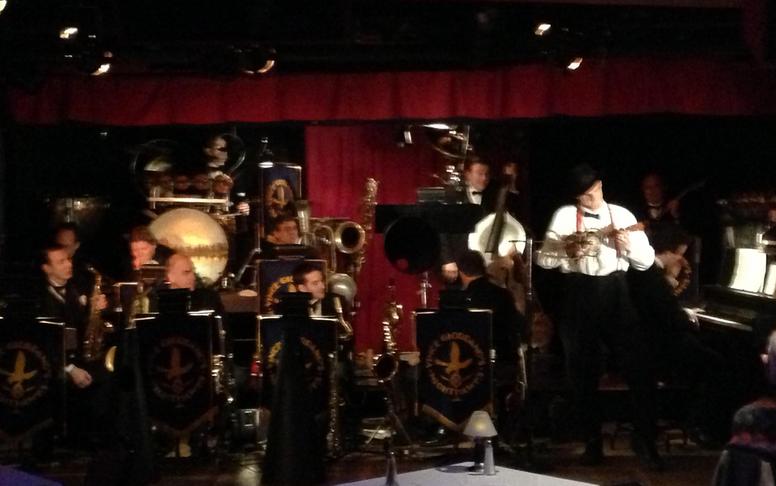 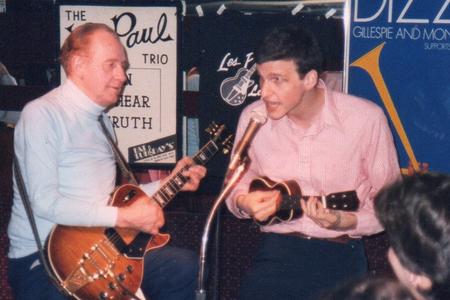